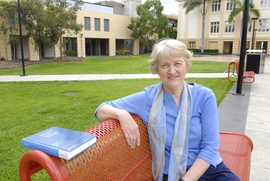 As a teacher, consultant, researcher, keynote speaker and professional activist, Penny McKay was a leader in language education in Australia and internationally. Working collaboratively with educators and researchers in schools, she pioneered an approach to assessing learners’ development in English as an additional language.

ABOUT THE PENNY MCKAY MEMORIAL AWARD

The Award is jointly offered by the Applied Linguistics Association of Australia (ALAA) and the Australian Council of TESOL Associations (ACTA), and administered by ALAA. Applications for the 2015 award will be called for in April 2015